A business rule is JavaScript code which run when a record is displayed, inserted, updated, or deleted, or when a table is queried. Follow these guidelines to ensure that business rules work efficiently and to prevent unpredictable results and performance issues. 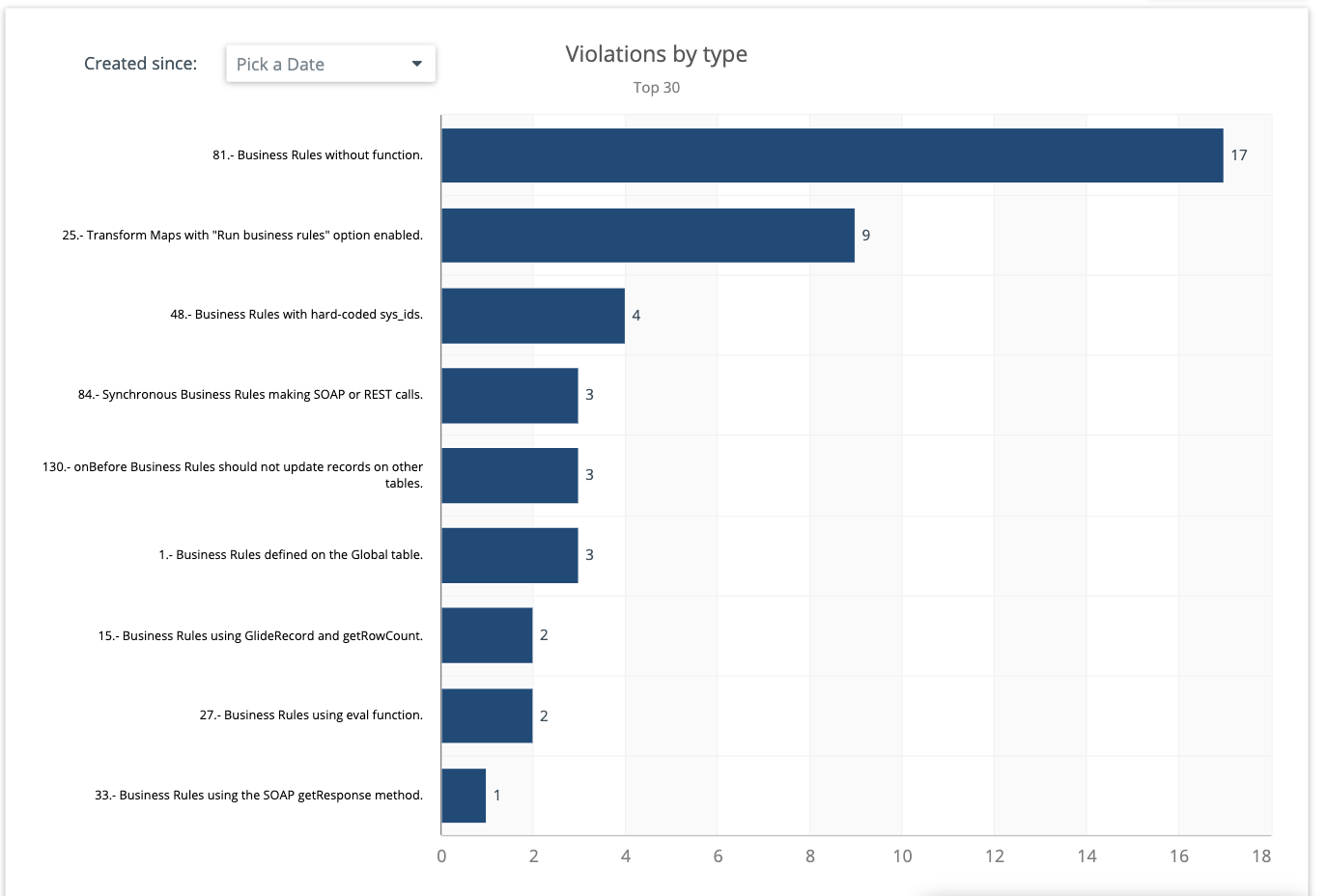 Know when to run business rules

Follow these guidelines to determine which value to choose for the When field.

Use conditions in business rules

→ In the business rule form, use the Filter Conditions field in the When to Run section to specify the condition.

By default, an advanced business rule will wrap your code in a function, and it is important that this guideline is followed. When code is not enclosed in a function, variables and other objects are available to all other server-side scripts. This availability can lead to unexpected consequences that are difficult to troubleshoot. Consider this example:

Because the gr object is not enclosed in a function, all server-side scripts, including script includes and other business rules, have access to it. Other scripts may also use the common GlideRecord variable name gr. The duplicate names can conflict and lead to unexpected results. These issues are very difficult to isolate and resolve because typical debugging methods identify the business rule giving erroneous results rather than the business rule containing global variables. To avoid this issue, keep the default function with the same code snippet:

This solution is safer because the scope of the variable grInc is limited to the Business Rule since it is wrapped in the default function. If every script was wrapped, it would not matter what the variables were called. But it is good defensive coding to minimize the possibility of collisions even further, and avoid using a variable called gr at all. This makes the possibility of namespace conflicts even more remote.

You can prevent recursive business rules by using the setWorkflow() method with the false parameter, current.setWorkFlow(false). This will stop business rules and other related functions from running on this database access. The combination of the update() and setWorkflow() methods is only recommended in special circumstances where the normal before and after guidelines mentioned above do not meet your requirements.

If you use a Client Script to validate data or a reference qualifier to present a filtered list, data may change between the time the user fills in the fields and the time the user submits the form. This mismatch can cause a conflict or error. business rules are an effective way to double-check critical input.

For example, a request allows users to reserve items. When users fill out the request form, they can only select currently available items. If two people fill out a business rule form at once and select the same item, the item appears to be available to both people because neither of them has submitted the form yet. If there is no business rule to double-check availability, ServiceNow assigns the same item to both requests. By using a business rule to re-verify item availability when the form is submitted, the second person receives a warning or other notification indicating the item has already been taken.

In this example, the Condition is: current.cmdb_ci.changes()

Use script includes instead of global business rules

This Script Include is a better alternative:

To call the function, use a script like this:

The GlideAggregate class is an extension of GlideRecord and allows database aggregation (COUNT, SUM, MIN, MAX, AVG) queries to be done. This is the most efficient way to obtain the total number of records on a table. Filters can also be added to the glideAggregate query, as is done with GlideRecord. Running a GlideRecord query (filtered or unfiltered) with the sole purpose of using the getRowCount property to count the number of returned rows is inefficient. Glide Aggregate should be used instead.